'Saw Kitty Hoggy About An Hour After His Death' 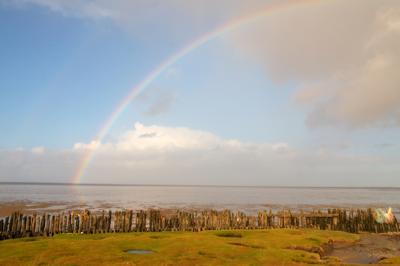 Hoggy was 13 1/2 years old and he died last night. I can't stop crying. He was a very big Grey Tabby with a kind laid back personality. He died of Renal Failure. I had no warning because I had taken him to the vet on 12/14/11 and all his blood work was normal.

After he died I came home about 3 am from the Animal Emergency Clinic. As I lay in bed crying by myself in a semi dark room I saw a movement off to the left side of the bed and I sat up in bed. I saw him there for just a few seconds just looking at me. There were no other animals in the room.

I am a 45 year old woman and a Prosecutor for the past 10 years. I tell you this so you do not presume that I have some crazy person. I had not taken anything that would make me see something that was not there. I am a logical show me the evidence kind of person. I know it was not a dream because I had sat up in bed and looked at him.

I had lost one cat named Fracky in April of 2010 but had a week to spend with him before he died of Cancer. I lost his Mother Que in December of 2010 from a heart condition that I knew would eventually take her life. These were also hard to handle but I had time to say goodbye. I also cried when they died but never saw them after death.

Hoggy died so quickly that I did not have time to really say goodbye. I tell this story to see if this has happened to anyone else. My Father thinks it was his way of saying he was Ok. I had been reading books on Near Death Experiences before Hoggy died and some of the stories from people who have been brought back saw their own pets that had died and some had seen animals that they did not know. I think that this is some indication that our pets may be waiting for us on the other side when we go. I think this is the most information that I will get on the question of "do pets go to heaven."