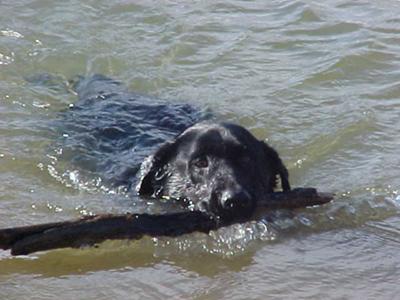 Jeter at the Lake!

This weekend was better. I still cried but it was a shorter one and not as hard. I am feeling the lingering lonliness when I look at Jeter's grave. I feel the sadness but it is not as mind-clouding as last week. I am accepting his absence as permanent now.

Everytime I play with the other 3 dogs, I feel as if there is a big emptiness there. Boomer has the ball all to himself. When Jeter was there, he always took it from Boomer's mouth and handed it to me...he couldn't run fast enough to the ball to get it but found a way to get the last word in on Boomer by taking that ball right out of his mouth...it was funny and cute. He was so proud of himself for taking it away from Boomer and giving it to mommie. The look on his face was, "here mommie, I'm doing what I'm supposed to...dumb Boomer"!

He made me laugh....his shoulder kept him from running and having a chance at that ball but he made up for it with ingenuity....he'd let Boomer do the work and he'd get the last word in by taking it and handing it to me. He got miffed at Boomer all the time because Boomer didn't want to give the ball up and he'd circle me several times before giving me the ball. Jeter always figured out a way to be the center of attention. my spoiled baby! I miss him so much.

I have done a lot of thinking about why his death affected me so. Beside all the love and devotion he showed me, he, out of all the others was the most expressive with devotion. Boomer and Sugar have each other, they are young and wrestle and chase each other, they like to play but they are devoted to one another. Griffey is old and afraid to get knocked around by the 2 rough-housing youngsters and he stays away when they are on the prowl. Jeter was my shadow. It didn't matter to him what was going on, where we were, or who was there, he was constantly at my side where he wanted to be rather than anywhere else.

If there is a good thing to come from the loss of my precious Jeter, it is the fact that I appreciate the other 3 more. I am more aware of their mortality and mine. I play with them more and appreciate their differences. I see them as a gift that I have on temporary loan from God. I plan to make the most of it while we share our lives on this earth.

Join in and write your own page! It's easy to do. How? Simply click here to return to Your Pet Loss Diaries - 'Jeter & Lee'.