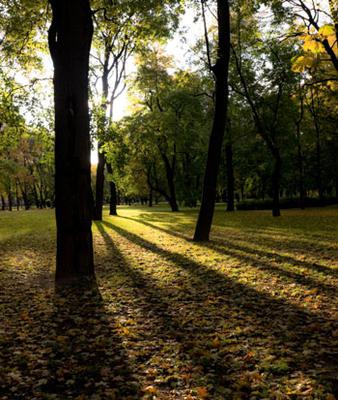 The first time we saw Buddy he was walking across the grave of one of our beloved cats, Harley, who had just passed away while we were on vacation. This was in August 2003. We knew right away he was a stray and very thin. He would shy away from any efforts to reach out to him. We placed food out for him and left. When we returned the food was gone and Buddy was sitting off in the distance. This ritual continued for about a week before we were able to be near him while he ate.

In September 2003 Hurricane Isabel hit us and we built a shelter for him the best we could on our screened porch. That began the ritual where he would come onto the porch and sit in a chair and wait for his food.

After about a month we were able to pet him but he wanted no parts of being held. As the weather grew colder we worried how he would survive the Winter outside but knew there was no chance he could be brought into the house with our two other cats. We had an unfinished basement and about November I began to coax him into the basement and would spend hours down there with him in the evenings sitting in a lawn chair. I tried a kitty litter box but he had no idea what it was.

One day I witnessed him going to the bathroom in the mulch bed and decided to try mulch instead of litter. We had success. Gradually I replaced the mulch with litter and we had that problem solved. I brought toys down for him to play with but again he had no idea how to play. He was very strong and we both have scars from him. Not that he ever intended to hurt us but when he was scared he would use his power.

Around December we decided to introduce him to the upstairs and our other cats. That proved to be a disaster. A huge fight erupted and one of our cats ran into the food and water bowls on the floor. We had food, water, and cats flying everywhere. Danny used heavy leather gloves to corral him back to the basement. We were back to the basement and the screen porch routine.

July 4th 2004 we decided to try the upstairs again. Buddy had calmed down and become quite comfortable with us. We locked the other cats in the garage and let Buddy upstairs. It was obvious that he was scared of things we never would have thought of like the huge tiger picture, animal planters and even television. Once he overcame that fear and we brought the other cats in we were finally able to all live in harmony.

On December 26, 2004 Buddy disappeared. We waited and watched and had given up on him returning. On January 1, 2005 I woke up after a dream that Buddy was on the screen porch waiting for me but couldn’t reach his chair. I got up and dressed and began walking our 3 acre property. When I reached the rear yard about 100’ from the house I heard a rustling in the leaves. It was Buddy! Something had attacked him although I didn’t know it yet. He managed to run and hide under our shed. After over an hour of trying to coax him out I went into the house. Within 10 minutes Buddy was on the screened porch. We rushed him to the emergency vet and they were shocked he had survived the attack and the cold. He was our little miracle boy.

As the years passed there remained almost no sign of the wild and feral cat we had met. He was a mouser though and doubt there is a mole left in our neighborhood. The attack had left him partially deaf so when he would meow to go out it was ear piercing. He was often heard saying “hellllo” in an effort to get our attention.

As much as I wanted to keep him inside and safe, it wasn’t in his nature. I tell myself that he was happier having the life he loved than to be confined inside the house and maybe given a few more years. He would love to stay out at night, be waiting for me at 5:45 am to come in and have breakfast and nap for a few hours and go back outside. At dinner time he would be back in. Sometimes he would stay in at night and would come into the bed and cuddle with me. Such a sweet little boy.

Buddy disappeared on the night on June 11, 2013. I won’t give up hope but this time I have a bad feeling about our little Buddy. I have taken all the steps I can think of to get the word out in case someone has seen him. Even after a week I’m making new signs, I owe it to him to do what I can to bring him home, one way or another. Miss you Buddy.