'Cherish What You Have Today, For It Could Be Gone Tomorrow' 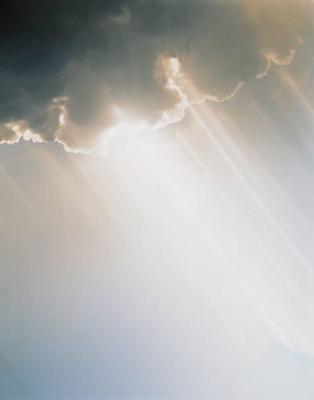 My husband works at a metal scrap yard and was loading the car crusher when he heard a loud meow scream, so he got out and discovered a itty bitty blue/grey kitten, about a week old, under the crusher, apparently mom dropped him or something that morning because he was very fat. He brought him home to me and we named him Crusher :)

I'm in my 3rd trimester of pregnancy and motherly instincts took over and I bottle fed him and he became my daily life :) I watched him grow and play and loved how he considered me mommy, he didn't like anyone else and refused the bottle from anyone but me. He was quite the evil terror :)loved attacking feet and he absolutely loved his green frog, he carried it everywhere :) even slept with it, it was amazing watching him grow from a little week old baby with eyes barely open to a 7 week old terror :)

The weekend he was to turn 7 weeks, I put him in his bed for the night, he was perfectly fine, even had to pry him off my foot, teeth and all lol, I got up like I do every morning to feed him and he wouldn't stand, he couldn't use his front legs, I thought maybe he hurt himself during the night in his crate, so I took him to a vet and they did x-rays and couldn't find anything, so they sent him home with pain meds.

Later that evening, I noticed he was getting worse, still eating good and playing but still refused to use his legs even tho he was trying, so my sister in law told us to bring him to her job, she's a vet tech and her boss said he would see Crusher with it being after hours. We got him up there and he automatically said, just by looking at him, he believes it's a neck problem and is gonna do x-rays, by this time Crusher had enough of people and wanted only me, he growled at anyone who tried to take him from me.

They finally got him x-rayed and they discovered his problem, the vet even had to re check it to make sure, Crusher was diagnosed with a very very rare birth defect, he had a missing disk in his neck between his 1st & 2nd vertebra and it was causing paralysis and would only get worse, euthanasia was the only option, so we made the hard choice and ended his suffering before it got worse. I felt so horrible making that decision when he was so young and barely knew what life was.

He was everything to me, he taught me how to be a mommy and what to expect, I'm expecting my first baby, a boy, and I was terrified about being a mother and Crusher helped me soooo much in preparing for motherhood. Crusher was taken from me so young and too soon, I wish I could have given him a long happy life but he was born with his problem and there was nothing I could do :(