'Clifford Has Been at Rainbow Bridge For Almost 2 Years' 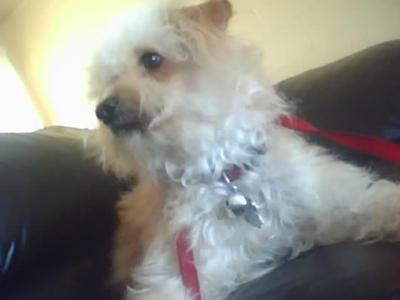 Clifford staring off into the distance with his bell :3 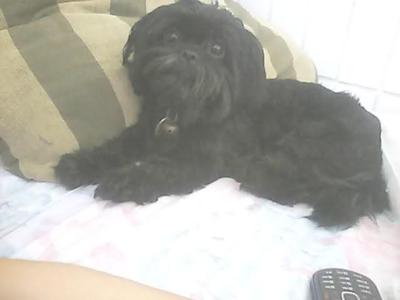 Clifford, 2 years old since June 3rd 2009, was sadly hit by a car on August 31st 2009 I believe. I could have never imagined something so tragic. Just that morning as I was getting ready for school, he came into my room, barking at me, full of energy and love. What did I do? I shoved him off of my bed in annoyance and told him to get out. I regret that so much. I wish I cuddled with him and kissed him instead.

I've had him since he was flea-full and 2 months old (we rescued him from a basement). We took him to a vet and they didn't even want to try and save him. They told us the surgery was $20,000 but even if they did it - it probably wouldn't help him survive because he was too small. So they put him to sleep and I told him that I loved him and he meant the world to me. I held him in my arms while he slowly died and all I could do is cry while he whimpered and sadly looked up at me.

I was only 13 at the time, I'm 16 now. But I remember me and my dad crying and grieving for so long. He was the most amazing dog. He could carry bags of chips and other light things for me. He was a good watch dog. He was hilarious. He was friendly. Now just today, I found out about Rainbow Bridge from someone on Formspring and I just cried and cried while I watched the video. As a matter of fact, I'm crying as I write this while my new dog, Midnight, cuddles up next to me.

People always told me that when dogs die, they're gone. There is no afterlife for them. But because I truly loved Clifford, I believe and have hope in Rainbow Bridge and hope that one day I will see him again because even though it's been 3 years, I still miss him and love him and I want him to know that no matter what dogs come in and out of my life, none can replace him.

I say the same thing to Midnight. My love has grown for her within the 15 days that I've had her. All the love I had for Clifford - I share with her. Because she deserves it. Before I moved out of the apartment in which Clifford and I lived in together, I'd hear paws running up and down the hallway and the little bell on his collar making dinging sounds. It hurt a lot but I know that he's still here with me. In presence, and in my heart. And that's the way it will always be. Even now, I put the little bell on Midnight's collar so that way - all of us will have a piece of him with us. I knew Clifford would have loved Midnight.

R.I.P Clifford, I love you and I will forever.

(In the second picture above, you can see Midnight wearing Clifford's bell.)