'Funeral for a Friend'

He was not a pet, he was my friend. 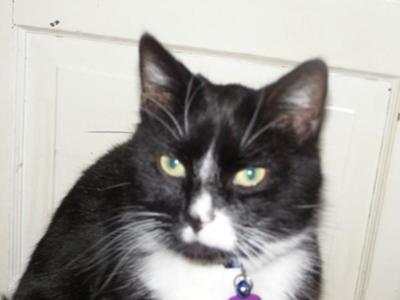 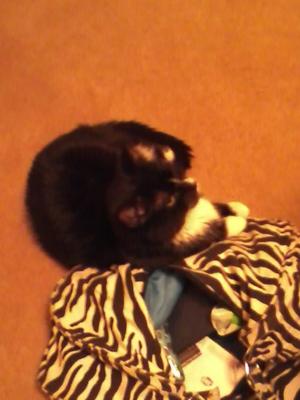 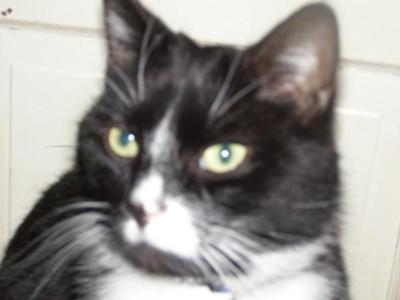 Nine years ago in the middle of winter I found a kitten looking inside my house from the french doors. He looked hungry and cold. I felt sorry for him so I let him in to warm up and get something to eat. From the second I opened the door, I never knew a very good friendship would come out from this. That day when I let him in, he never left my company. He had the most thankful and polite manners being in a home he knew was not his.

My mother did not want him in the house and kept trying to throw him out (I was only 15). But when she did he would just wait outside and I would just let him back inside. When I did let him inside he would not go any further than an eye shot away, on his own accord. He even willingly sat next to me without me calling for the cat to come to me.

A few weeks after we have met my mother caved in and he was my friend. I decided to name him with his permission. His name was Yoshi. He accepted his name like if it was his name in a life before. I named him after a very inspirational person I had learnt about in my study of Japanese history.

A year later my mother wanted him to get fixed so I was busy looking up places that can do so but at an affordable price without cutting out safety. My mother without me knowing took him to a place that did so for 50 dollars and he ended up getting a serious staff infection when I never consented to the clinic. It was not her fault she did not know any better but my friend almost died. I did everything to keep him alive and the vet said it was very odd how he should have been dead but survived. He lived on after he gotten better with his medication treatment to continue our friendship.

When I was 18, I was really depressed and had thoughts of hurting myself and killing myself. My friend Yoshi was always there to comfort me and make me feel wanted. He would sit with me and purr and rub up on me and give me love bites to show he does care about me.

It wasn't soon after that him and I were looking for a home because I was not permitted to stay with my mother anymore. We found our first home and he was scared to leave my side. We had pretty much nothing. We spent our nights sleeping on the floor together and I would hold him close till the gas company could turn on the gas so we would have heat, we shared meals together till I could afford to get him food. I normally eat a lot of sea food and him and I would always share. He loved shrimp a lot and salmon.

He has some quarks about him which made him unique from any other cat I have ever met. He loved ice cold water, and would sometimes crawl into the shower with me and get wet with me. I had a pet rat for a while and he did not attack it but befriended the rat. I have a picture of him 3 years ago him and the rat sleeping together. He always shown kindness to all forms of life which later on I adopted as my lifestyle too.

After my first home, we moved into a second home and I was working a lot. So I felt sorry it was just him and me all the time and I would be working 12 plus hours a day. So I got him a ferret friend to play with. And they both played with each other and slept with each other.

Yoshi loved to sit with me and watch TV. I mean he actually watched TV, or would watch me play video games and try to help me out by pushing his face into my hand to mess me up... which in a number of times actually helped me out. His favorite TV shows he would watch were Spongebob, Law and Order, and Date Line which I did not care much about Date Line but he seemed to just always sit in front of the TV and just watch it.

This year Dec 19th 2011 I had him go to the vet because he has been acting and looking sick. He was eating but being very lazy. Dec 22 2011 he was diagnosed with FIP, and I was informed he had to be put down...

Being a tough man, I knew my friend could not cheat death again though I prayed every night he would be home for Christmas so I can give him what I gotten him. But hearing this news hurt me and sunk my heart. I tried to be as calm and brave as I can for my cat but I knew he knew his time was coming to an end.

At the vet I held him in my arms and it felt like it comforted him enough and he purred. It felt like he was hugging my arm and I bravely walked with him to the table and held him in my arms. I told him, I do not know if this will hurt or not. I am very sorry, I did everything I could do and if I do not do this now in three more days you will die on your own. "By all means Yoshi do not forget me, and when you come back find me, because I will be looking for you. (I believe in reincarnation) I am sorry I failed you. I do love you. And we will meet again."

I do miss my friend, but also at the same time, I think he was a friend of mine in a past life. I will miss goofing around and acting like I am yelling at him to get a job, I will miss watching TV with him and sharing my Sushi with him, Most of all, I will miss having someone who would come with me on all my trips, and greet me when I come home from work.

I doubt I will find another like him, but I am glad he found me.

Join in and write your own page! It's easy to do. How? Simply click here to return to Your Pet Loss Stories - Cat Stories - Y - Z.