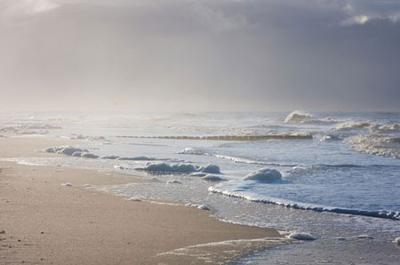 My dog Harry took his last journey to the vets yesterday. We didn't bring him back home. And my heart burst. I can not quantify my grief. I held him gently against me as the Vet injected him. And with one last attempt to fight I felt his heart stop in my hand.

And as I sobbed I wondered why I put myself through this awful pain. I could not speak and a weight lay on my chest so stifling I could not catch a breath.

As the day and night went on my sorrow compounded with everything around the house that reminded me. Where he usually sat, his toys in the corner. his bowl, the collar my hubby took of his neck for us to take home.

Harry came to us as a rescue. My sister had told us of a family that were trying to get rid of him, and were supposedly thinking of dumping him in the local park if they couldn't find a home to have him... terrible timing, we were moving house over that night and had no furniture or much of anything really. I had no idea what we were taking on, only that he was a small dog. A yorkie we were told.

Well I couldn't bear the thought of a little dog being turfed out like that so, we drove over town to see this dog... well the house was very small but we were invited in and they let this dog in to the room. A mess of golden fur.. didn't look like any Yorkie I had seen.... maybe a cross I thought. It didn't matter. As soon as he walked towards me I thrust my arms out and picked him up.. he bites they said. He didn't bite me. His underbelly was sodden with his own urine, and fleas were running up my arms. He was so happy at the attention. I felt the anger rising in me but stayed as cool as I could.

The family had no interest in him at all. I asked what he ate, I meant dry or tinned food, I got my answer.. whatever the cat eats. I asked if he had a lead or bowl, and they said no. He had a collar on, but no tag. We made small talk and then left.... not one person in the household looked at him or said goodbye. The woman said if there was any problem we could bring him back, I said no I won't be doing that. As we carried him out he looked back and wimpered with uncertainty. Just like a dog, still had love for his owners.... unconditional. He cried on the way home. I wonder looking back how scared he must have been.

My partner stayed overnight that first night in our new home, with only a mattress and some bedding with Harry. Our home came together the next day. It took over 2 months to clear Harry of his flea infestation. Over a year to get him to eat dog food, a very poor eater, he scavenged for junk food, as he was used to. He attacked anybody's feet with white trainers on, and it took him over 2 years to trust us. Every time we walked him in those early days he stayed clear of the grass, walking only on concrete, he'd never been walked on grass we think.

Harry became very attached to me. He was my boy. After the first year we rescued 2 more little dogs from a lady who had become disabled. A very obese Cavalier 3 years old named Buffy, who couldn't walk on her back legs, and a 1 year old hyperactive Yorkie called Pepi. They all intergrated well. All muckers together.

It turned out from visits to the vet that Harry had a scale 5-6 heart murmur with a valve problem, and had probably always had it, so we knew we had a rocky road ahead. We were told he was about 5 years old when we had him. Buffy our Cavalier also turned out to have exactly the same condition as Harry.

6 years later and this is where we are.

My boy came to relax enough to let us cuddle and love him, and although he was wary of strangers, he wanted to be friends with everyone. I will never forget how his eyes finally softened into that look of pure trust and love. I adored him. He was my constant companion in the house, and lay with me every chance he got. Last year we rescued another needy dog who turned out to be a quite boisterous 2 year old Westie.. Susie. Well that made 4.

How many times I said to my Hubby 4 dogs is definitely 1 too many. And now we have lost Harry all I can think is 3 is 1 too few.

We never chose these little dogs, we knew nothing about them til we picked them up in our arms... and I will probably do it all over again. Buffy is becoming less sprite now and we know she is on borrowed time with her heart condition, won't be long before she joins Harry.

I could tell you a hundred different things about Harry and his personality, but those memories are mine. I think he gave me more than I could ever have given him, I believe its a phenomonal privilege to be loved by a dog.

I miss him so much. Sleep well my Boy.