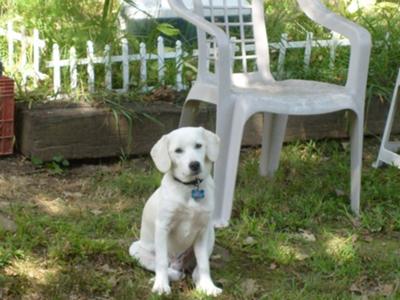 The day is November 8th, 2008. It's a warm, bright sunny day. Saturday. But let me tell you about the day before. The day before I had a football game to go to, of course because I was in the band at school. We won. That night I go home, and I'm exhausted. I change into my pj's, lay down, and go to sleep. But before I do, I check to make sure the dogs are inside. They are. Dakota and Chief. The loves of my life. Dakota slept by me that night. I didn't tell him goodbye, I didn't play with him, but now more than anything, I wish I had. Because I didn't know it'd be the last time I saw him.

Now let's go on to that day. Even though it happened last year, I suppose it does help that I talk or write it down or something. Because tonight (6-12-09) my hamster, Pikachu died. It pretty much sucks. I'll write another memorial down for him... I just need to make it perfect later. So, anyway, it's November 8th. I wake up in the morning because like always, my Dad is watching a loud movie on the t.v. and it woke me up. So I trudge to my bedroom, and there following me is little Dakota. This is what I'll regret for the rest of my life.

He wanted to follow me into my bedroom, but I was so tired, irritated and sleepy, that I didn't want him to go in there. So I told him "No." and shut the door in his face. If I would've known, at all, it would have been much different. Of course you can't expect something to happen like this. Later that morning, my Mom comes into my bedroom to tell me they're leaving to go to the grocery store. And that she's letting the dogs out. Of course, it's a beautiful day outside.

The mistake with that is now, we live out here in the country, in Arkansas. No fenced in yard. And we live on a hillside, and down our road there's a street. And when you live in the country, people tend to speed like hell on those streets.

And that was the last time, that morning, that I ever saw Dakota again. While my parents were gone, and while I was happy and eating my bowl of cereal that morning, he got ran over. He just HAD to, right? It had to happen to my little puppy. Not even a year old yet. I didn't even think to look down our driveway. I thought everything was fine that day, you know. We always have let our dogs out. They've always been smart enough to stay out of the street. Somebody couldn't have seen him in the street? I knew they did. But they didn't care. Of course not. It's not their dog. So why should they? It's not their loved one.

That day, I lost a best friend. A little buddy. My little brother. We never consider our pets just pets, they're our children. That day, Chief, now our oldest dog, lost his playmate. His little friend. We lost a family member that day.

Now I will tell you about Dakota real quick. He was unique dog indeed. He was an american eskimo/beagle mix. He looked like an albino beagle. He was phenomenal. One of a kind. And so loving. He was the sweetest dog you could meet. Wouldn't hurt a fly. Why this had to happen to me, to him... I'll never know. One of the things that made this tragedy more bearable, at least, was reading about the Rainbow Bridge.

I hope something like that really exists. Because when I finally join him in Heaven again, along with all my other fallen friends, I will never, in a million years, quit playing with them for one second there.

That is one thing I need to know, why?