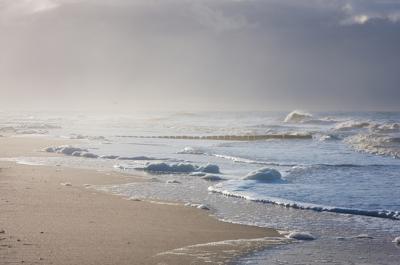 I was sitting on the floor, watching but not really listening to an episode of House. From the corner of my eye the electronic clock beeped as two o’clock came around and my heart nearly stopped. It was the afternoon, and my 15-year-old yellow lab was lying at my side, her head resting on my thigh with my hand stroking her head gently.

Except for the TV going it was unusually quiet, on normal days I could hear the cats fighting somewhere in the house and the loud curses of my Mom as she tried to break them up. On a normal day I would be sitting in my recliner with the music blaring in my ears and typing up a new story. On a normal day my chest would not feel like one huge knot and my hands would not be trembling.

I remained quiet, as to not startle Maggie, the yellow lab at my side, she was old, about 100 in dog years and she wasn’t all there anymore, these days she got scared for no apparent reason. I was calm for her benefit but inside I was screaming and though I still continued to watch House and pet Maggie, every second that ticked by was like a noose tightening around my throat.

It wouldn’t be long now.

A moment later Mom walked into the room, she didn’t look at me right away, just watched the TV in the same detached manner as myself. Then she turned and gave me a strained smile, her eyes filled with the same pain and anxiety as mine. She looked down at Maggie, and knelt down to fuss over her, telling her how pretty she was over and over again.

The sound of tyres coming up the drive way made her look up, and in that moment she had the same expression as me, terror.

A white truck pulled into the driveway and I breathed a sigh of relief, it wasn’t them. My Dad stepped out of the truck and walked into the house. He greeted Mom and then said hello to Maggie and me, I gave the same strained smile as my Mother gave me, it was the most I could do at that time.

Maggie looked around at the three of us before finally settling on me. I stared into her misty eyes; the cataracts had all but blinded her. She began to pant as she looked at me; which meant she was nervous. Ever since the divorce, being around Dad made her uneasy, because she knew he was the leading cause for my Mother’s tears.

“Its all right,” I told her in a voice that was not quite steady. After a second she laid her head back down on my lap, but her eyes were more active, she was as aware of my father as I was aware of the ticking clock. I began to pet her again, wanting her as relaxed as possible, her eyes finally shut and she fell into a light sleep. I did the same thing but there was no hope in hell of ever getting any sleep.

I could hear my Mom and Dad talking quietly in the kitchen.

“Did you get the tarp?” she asked.

“Yeah, its in the truck. Do you want me to take it back up in the field now or… after?”

There was a long silence and just as I thought she had chosen to ignore his question, she spoke in a very tired voice. “Do what you want with it, Chris.”

She walked back into the living room and took out a cigarette, she lit it and took a long drag before releasing it and looking down at me once again. We just stare at each other and then the sound of another pair of tyres came up the driveway and there was no mistake. This was it.

Mom was out of the room in a flash but it didn't matter because in that moment she no longer existed. A numb feeling fell over me for only a second and then it was swept away by a wave of desperation so thick it clutched at my throat and made my heart seize up.

In the hallway the screen door opened and voices were heard, Mom and Dad greeted them as they walked into the house and then into the living room. There looming over me were the judge, jury and executioner. I stared up at them, the people who had come to take my world away from me.

I wanted to scream at them, I wanted to kill them and for a second it was all I could do from lunging at the three of them.

“Do you want to do this in the hallway?” Asked the executioner.

“We want to do it here actually,” said my Mother in a voice that was strangely serene, even though I knew inside she was just as torn up as me.

My Father stood at the doorframe, and as our eyes met he shook his head and motioned for me to come to him. It was only then that I realized there were tears flooding down my face. Though he didn't say anything I could almost see what he wanted to say, I could see it in his eyes.

I looked down at Maggie, she was sitting up now, when she did that I couldn't say. She looked up at her makers and took a couple steps toward them. “Hello sweety,” said the vet in his friendliest voice as he reached down and stroked her head. I wanted to break that arm for touching her, but all I could do was cry.

“Jaime come here!” my Dad whispered, but that was the last thing I wanted to do. Instead I rose from my spot on the ground and stumbled out of the living room and into the hallway.

Never had I felt so f**king helpless in my life, my head swam as I struggled to keep myself up and my heart literally ached, like it was going to fracture any second. I clutched at the wall, my nails scrapping down the surface as I fought to stand but my knees buckled anyway.

Dad caught me before I hit the ground and pulled me into a suffocating hug. I sobbed quietly into his shoulder, the smell of fertilizer and straw filled my nose and it was oddly comforting, because it was his smell.

I could hear murmuring from the living room, Mom telling Maggie to lay down and at that moment I bit onto his coat, stifling a scream. If there is such of feeling as being emotionally torn apart then that's what was happening to me. In those movements when my desperation was at it's highest in the sanctity of my mind, my Mother became a traitor. It didn't matter that I knew it tormented her as much as it did me, it was the overwhelming fear talking and in those few seconds I blamed her for everything.

“Shh!” whispered my Dad, as he tried to comfort me. “It's her time, she's lived a full life. You love her, she knows that.” I could hear his voice begin to crack and now he hugged me more for his own benefit than mine. The man who cut himself off from his own emotions, was barely holding it together.

“I should be in there” I whispered, though looking back I'm not entirely sure if it was out loud or just in my head but all I could do was lean against him and sob quietly into his coat, wracked with both guilt and shame.

It wasn't for another couple seconds and then I heard the movement in the other room and then gently whisper of, “its done.” A bullet ripping through my chest would have been less painful than this. Footsteps came and soon the vet and his assistants where walking down the hallway, my Mother following behind them, her eyes red and puffy.

I pulled away form my Dad and he turned to say goodbye to the vet, I stared at the living room doorway that now seemed more ominous now. I wanted to walk in there and see her, but it was impossible at that moment so I walked into the other hallway and watched the vet gather up his things.

The feeling coursing through me still burns in my veins today and I'm sure if my Mother hadn't pulled me into a hug I would have done something very stupid to the vet. I wanted someone to point the finger at, to make them feel as broken and agonized as I did. For a second in my overwhelming grief I wanted him to euthanize me, to give me a way out of this shit hole that my life had become.

The vet left soon after that, offering us a sympathetic smile before walking out the door. I walked out of the hallway and through the kitchen and stopped, my Mother walked past me and placed a fleeting hand on my shoulder before walking into the living room, where she lay. I stared at the doorway for what seemed like hours but in reality was only seconds, my feet frozen to the ground.

“You don't have to see, birdie,” whispered my Dad as he came up behind me.

“No, I need to.” It took all the will power I had to move my feet across the short distance from the kitchen, into the living room.

Maggie lay on her bed, the way she would if she had been sleeping and for a second it looked like she was. But that illusion faded as I walked closer and it became evident that she was not breathing. I knelt down and ran a hand over her head, she felt different, like dead weight but that's when I understood, it wasn't her, just her body.

Maggie was free from the prison of flesh and bone her body had become. Her spirit was out there somewhere, maybe still here, maybe right beside me. Of course all this did not register with me until later, but at that moment as I watched her stare blankly at nothing in front of her. The shattered segments of my heart seemed to pull themselves back together and though it was a cracked and fragile replica of what it once was, it hurt a tiny bit less.