'How Could This Happen?' 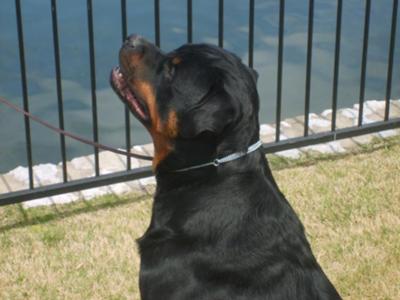 My life feels totally out of control. The puppy that I raised from 8 weeks to 14 months attacked my neighbor and put her in the hospital for a week. She was upset about something and was acting in what to him appeared to be a threatening way. He freaked out and attacked her. Obviously, he had to be put down. That's your fate if you happen to be a big, black 120-lb. rottweiler. It goes with the territory. But what do I do with all this pain and guilt?
To me, he was a 120-lb. teddy bear who slept with me (snoring like a freight train) and followed me everywhere I went. His devotion cost him his life.

This happened in October and it is now January and I'm still in shock and grieving over this. It's difficult to explain the emotions I feel. How could this happen? How can I ever heal? Lawyers have told me not to talk about this to anyone, so I stuff my pain and meanwhile my world is spinning out of control. This was a dog I was totally devoted to and he thought he was protecting me. I'm not defending what he did, only saying that I failed him by somehow not teaching him to look to me for guidance -- not taking matters into his own hands. That failure cost him his life.

This is not a story that you read on these pet grief sites. His death is my fault and I have to live with that for the rest of my life. He was not old, and he was not sick. He was not aggressive and he was a stable dog. For a split second, he felt that I was in danger and his instinct was to protect me from that danger. His response cost him his life.