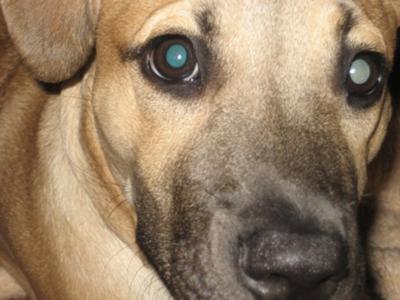 This past week has been very hard. Monday evening I got home and Munchkin had to go out. Oh my gosh she had been in her crate a whole two hours and was just dying. So I took her for a walk along our favorite route. There are lots of bunnies to chase along with way and she gets to run after them all. They are way to quick for her and her tags jingling gives them a head start, so they know she is coming.

It's an access road along a canal complete with ducks and rabbits. There is also along several entrances with steel cables stretched across that prevent unauthorized cars from driving through the area. Normally Munchkin ducks under or jumps over these in her great hunts. There was two rabbits out in plain site and she knew she had these two as they were just on the other side of the cable. She ran full speed doing exactly what she loved but did not clear the cable. She caught it mid jump and it turned her end over end. I have seen her take spills before and she was up and shaking her self off but did not get up this time. She could not and begin a terrible yelping. She could barely use her front legs and he rear legs were not working at all.

I carried her home and it was tough as we were about two miles away and she had become a big ole brute of 45 lbs. I called the vet and took her up to the vet ER. They could not see the problem but referred her to a specialist the following morning as it was now past midnight. I brought her home and slept beside her. I listened to her breathe and whimper, she was in a lot of pain even with the pain meds. We both slept very little that night. I called in to work and took her the next morning. They saw us right away. Her big brown eyes made her a favorite and she got more than her share of treats while she was there.

She has damaged her spine tremendously. She would not be able to walk without extensive medical treatment if ever again. If I kept her at home I would have to bring her back each day so they could assist her in relieving her self of waste. She would not be able to move after the operation to keep her from injuring her self more and there was no guarantee she would walk again.

I layed there the night before listening to my 100 mph dog cry as she hurt so very much. I was helpless to do anything for her. Now we were looking at more of the same over and over for several months with out any idea if she would walk again. I would have to leave her each day and just would not want to. She would have been totally unhappy not being able to move around. I decided to put her to sleep. It was the hardest decision I have ever had to make. I wanted to take her home but knew that was not the best for her.

The vets said I made the right choice given her personality and probability for success. It did not make me feel any better. I got to be with her until the very end. I got to listen to her calmly leave and then to chase bunnies in heaven. I will so very much miss my Munchkin.

Friday on the way home. I picked her up from the vet and she rode home with me in the front seat in a pretty red wooden box. She would like it cause it was just the type thing she would have chewed on. I got a small clay plate with her name and paw print on it. She is home with me again on a special shelf and in a special place in my heart. I shed a lot of tears picking up her chew toys and even going outside on the deck for puppy poop patrol.

If Angels wear sandals they best not take them off with Munchkin around. She was a very good girl and I will miss her very much. I did not mean to bring sadness to your day. You just followed the life and times of Munchkin and Me for quite a while. I thought you would understand and would want to know.