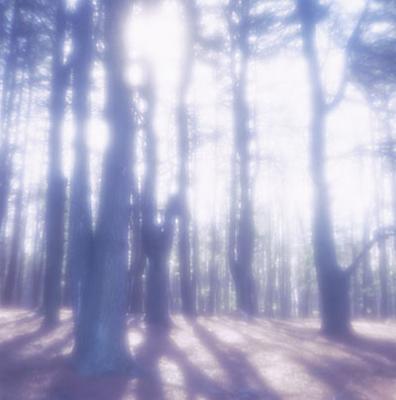 I am a mother of a 1 year old boy, and a 2 and a half year old girl, My kids are simply amazing. We have a small tea cup Chihuahua named Bee but she isn't really playful with my kids. I remember at Christmas my daughter was playing with her uncle's kitten and she loved it I had mentioned it several times to my boyfriend that we should get a cat for my daughter, He had stated a couple times that she was still too young.

A couple of months ago we were in the city and I brought up addopting a kitten from the humane society, he finally agreed and we had adopted the most cutest kitten I had ever seen. We couldn't think of a name for it so we decided to let my daughter think of one, she hardly speaks sentences just certain words and the bond between that cat and her was great.

The whole family loved that cat, especially our dog Bee, they used to play all the time together and it was such a cute thing. My daughter started calling the cat "Kibby" so that's what the cats name became... "Kibby" I can't even express the bond Kibby and my daughter had it was simply remarkable, Kibby literally let her do whatever she wanted to her. She would search for Kibby and pick her up and carry her around the house like a baby and the cat loved it. She would run around with a long shoelace and Kibby would chase her. Every morning when my daughter woke up the first thing she would do is yell for Kibby and the cat always came and rubbed up against her.

We have two very old neighbours that live next to us, they have two dogs and the one dog is HUGE I mean gigantic and lots of times I see it running around, it has almost killed my dog two different times and all the city did was issue a warning...

Lots of times in the morning I would sit outside with my children and they would play in the kitty pool or whatever, but that morning my daughter and Kibby were chasing butterflies in the yard, Kibby was pretty smart outside. She would never stay out too long and always came wanting in right away. My neighbours fence is like 5 feet away from my back yard door.

While my daughter and Kibby played with butterflies my son started to get really upset and needed to be changed and put for a nap. I finally got Lexus by the door and tried getting Kibby in too, sometimes she would run under my neighbours fence and hide under their shed, I tried pulling her out but she wouldn't come and my son was screaming because he was so tired. So I grabbed my kids got inside and did what I normally did for my children.

About 20 minutes later after my son was down for a nap I went yelling for the cat and nothing, so I went back inside. About an hour later I heard the neighbours dog freaking out outside so I went out there and couldn't see anyting I yelled for the cat again and went back inside for my daughter was in there alone. My husband came home for work and I became worried about the cat seeing as she never stayed out that long.

Two more times I went outside except I had her cat treats that I shook to get her to come. She didn't come. I went inside and grabbed my sweater and went out the back door towards the back alley shaking the kitty treats. I turned the corner where our yard and the alley met and saw Kibby laying there lifeless....

I was in shock, I ran inside screaming for my boyfriend, he went outside and stared at the cat for a bit and said it got hit by a car. I didn't believe him. No vehicles EVER go down my alley. I know this because I am outside every single day. I went and looked at my darling cat laying in the grass. it was completely intact only weird thing was it's collar was off and laying beside it.... I looked more closely at it and it was completely covered in slobber. Right then and there I knew that the dog next door killed her. When that dog had chased after my dog and had it in it's mouth Bee was drenched in slobber just like that.....

I couldn't even believe it I have never lost a love one and I laid in the grass on my knees crying for at least 20 minutes... I exploded I went pounding on the neighbours door freaking on them, that dog is so out of control, next he will jump on my chidren and end up killing them. They had nothing to say, not a sorry or nothing. I told them that they should be the ones going and explaining it to my daughter where her cat is when she's crying looking for her. They still had nothing to say. I couldn't stop crying it was just completely heartbreaking.

I put the cat in the garbage bag and burst into tears because she was still warm. Put her in a box and gave her to my boyfriend to bury. My daughter has been crying and asking for Kibby. Running around the house with the long shoelace hoping that the cat runs out to chase her and she isn't coming back, ugh now I'm in tears writting this...

I have been telling her that Kibby is on vacation for a woman my boyfriend works with is going to give us a kitten her cat just had... Kibby can never be replaced, but the good that that one little cat did this family will hopefully be rebuilt with a new kitten, and I hope to god my daughter just thinks its Kibby.

I found this site because my pain is so great for that poor cat that I needed somewhere to just tell how I felt. We all love you Kibby, and I wish I could cuddle you again but I can't, I just want you to know that you brought nothing but happiness to our family and will be greatly missed.