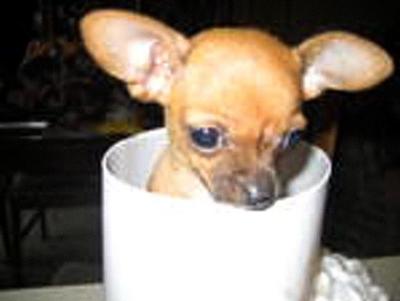 So small she could fit in a coffee mug 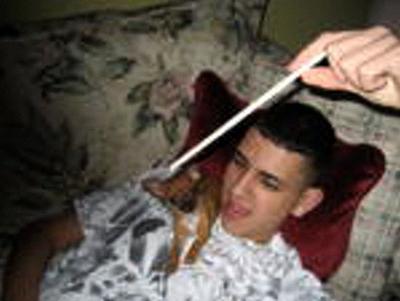 Always laying with me 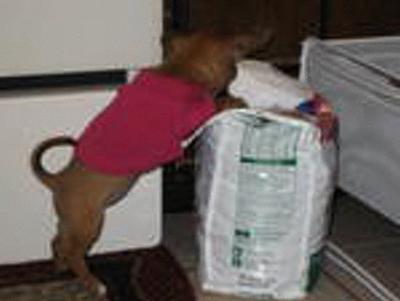 She was always so curious

About four months before Easter 2010, my dad and I were looking for a Chihuahua for my grandma so she could have some company. We stumbled across this posting on Craigslist saying that they were selling Chihuahua puppies at a very reasonable price. So of course we called the poster of the ad and drove down to their house to see the puppies.

When we arrived and saw them, I instantly fell in love with one in particular: the runt of the litter. She was a light brown color, had the cutest eyes, and had huge ears relative to her size. My dad agreed that she was the one and we brought her home.

We were planning on surprising my grandma on Christmas Eve by giving her the puppy as her Christmas present. We took care of the Chihuahua for about two weeks and I became so attached to her. I would play with her almost every hour of every day almost like I was her mother. I had a name in mind for her but she was going to be my grandma’s dog, so it was more of a suggestion.

The day came to reveal the puppy to my grandma and it was really hard to let her go, but I would see her almost every day anyway so I wasn’t too sad. My grandma started crying when she saw her and everyone in the room was overjoyed and started to crowd around the little puppy. I told my grandma my name suggestion and she instantly feel in love with it. Her name from then on was Chula, which means beautiful in Spanish. She was exactly that…beautiful.

A few months went by and nothing had changed. I got to see Chula almost every day and she was always ecstatic to see me. She always had this little habit when I held her of going straight for my mouth and licking it endlessly. My grandma would tell her to stop and she would put one paw on my mouth and look at her with an expression like she was saying, “But I love him!” After her licking attacks were over I would lie on the couch, and she would curl up on my shoulder and under my chin and quickly fall asleep.

Everything was going perfectly and she was the greatest dog I could have ever asked for, even though she wasn’t really mine.

My happiness would soon end on Easter of 2010.

It was as normal as any other day, and my dad brought my Chocolate Lab Chester over to my grandma’s house to celebrate the holiday with us. My grandma always had a treat for Chester when he came over to her house so the moment he arrived; he went right up to her to beg for one. It turns out that the treat was only the beginning of our problems.

We began Easter by watching some TV and just talking while Chula slept right next to Chester like he was her big brother. Chester soon started begging for another treat, and my grandma gave into the pressure of his begging. After getting his treat Chester plopped down in front of me and Chula went to sniff what tasty thing he was munching on. In an instant everything changed.

Chester, like the protective and territorial dog that he is, got angry that Chula was trying to get a taste of his treat and instinctively bit her in her neck. I panicked and tried to stop the bleeding, but it was a futile effort. Her neck was snapped, and it felt like the only light in my life had been doused by an unimaginable darkness. I ran outside and just started screaming. I wasn’t even screaming words; I just moaned and cried at a high volume level. I had no sense of what had just happened and did not know what I was supposed to feel. The consequences of this tragedy were great, especially the mix of emotions that I had afterwards.

I was torn about what I was supposed to do after Chula was gone, and especially what I was supposed to do with Chester. My dad argued with me that he needed to either be put down or taken to the kennel, but I couldn’t bear losing two of precious animals in one day. Even though Chester killed my grandma’s innocent puppy, I still couldn’t entirely blame him for it. If anyone is at fault it’s me. I’m the one that raised Chester to be protective and territorial so he can protect me if anyone threatens my life.

To this day I still blame myself for what happened, and the only way I can cope with the fact that Chula is gone because of the way I raised Chester is to tell people my story and warn them of the dangers of trusting their dogs too much around other dogs. Anything can set them off to attack, and you might regret not heeding my warning.

Three years later, Chester is still my dog and I love him as much as my other dogs. No resentment towards him is left, that disappeared with all of the tears I shed for Chula. She wasn’t even with us for four months and she was already gone, by the hands of my own dog that I trusted so much. Chester was supposed to be her protector, her big brother, but in the blink of the eye he turned into her murderer. All I could think about was the pain she felt and prayed that she didn’t suffer. It goes to show that given certain circumstances, even the most loyal and compassionate dogs can bring an immense amount of pain to your life.

Even though I want to forget Chula, in the sense of how she died; I will still miss the little things she did with me and never forget how those things made me happy. Never again would she lie under my chin and on my shoulder. Never again would I see her smiling face look up at me when I came to visit her. She really was Chula, and I will never forget the feel of her tongue on my lips or her paw on my mouth. It’s hard to remember the amazing times without remembering the day that I wish never happened.