My Shebsheb, My Life and Everything' 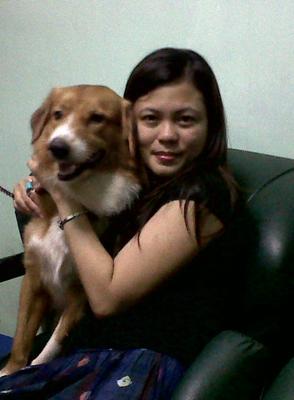 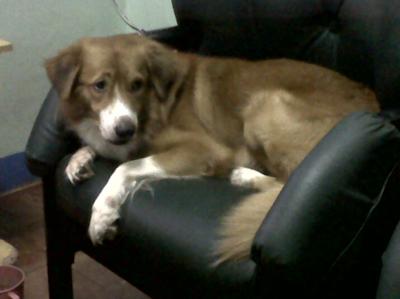 Shebsheb and his favorite seat 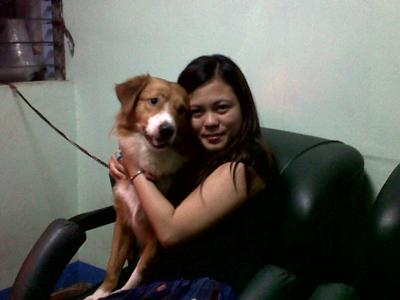 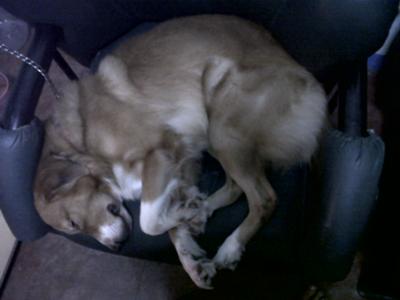 It was July 2009 when Shebsheb came to my life, he was a lab-retriever breed. I named him Shebsheb as he was first responded to me when I called him in that name. Naturally he was a disciplined dog (am lucky one). He knew where to pee, he knew where to discharge. He was easy to bath and clean.

During those times that he was just a pup, I always carry him in my arms, whenever am going out and returning home, he always comes to me and wanted me to carry him (even when his weight gains more and more). He was able to chew some of my stuffs and showed me the sad face whenever am getting angry, then play with me again as if nothing's happened.

He used to sleep on my bed, my pillows were his as well. He reached my hand whenever he wants me to touch his head as if I am required to make him feel better.

He bitten my brother twice, maybe he saw us shouting each other and he wanted to defend me. I decided to tie him and slowly deprived him to sleep in my bed, bought his own sleeping bed and let him stay at one place where it's safe between him and my brother. I found him ok with the set up. Sometimes if I am just alone I still let him sleep with me and he was so happy during those chances. He will put his head against mine and as usual I need to touch his head until he gets asleep.

There were also those times that I needed to bring him even in the church as no one will take care of him. He's playful and everyone loves him. He made me proud everytime he was riding with our motorcycle and sit and watched those places we passed by. I also experienced others taking picture of us, maybe they got amazed that my doggie was able to ride in a motorcycle (considering he's not a small breed).

He also ran with us (jogging time.) He ran so fast, he was so strong, he was so healthy and his color was so bright.

Sheb knew when I am sad, he licked my tears whenever I cried. He put his head on my shoulder as if he felt the way I did. I hugged him and he made me feel better.

It was end of February this year when Sheb got sick, the vet told me it was a "canine distemper", a disease that kills and the chance of survival is not really possible. Despite, I still believe Sheb can make it. I had him take medicines, I became his nurse. I always made sure he's clean and was able to breath (his nose was clogged with plegm - the disease made his respiratory system weak). I always asked him to fight, and he did. He ate well, but his body remained shaking.

I told myself Sheb is getting better, he can make it, then I continue taking care of him. He became thin, but I hope, the fact that he's eating and drinking --and discharging normally. I saw his difficulty in eating but I always made sure I helped him, I fed him the food he liked. My happiness with the hope in my hand that he can make it made me stronger everyday.

I know he was happy the way I takes care of him, I still kiss his head and tell him get well Sheb, I love you, he will respond in such a way he will move his head closer to mine.

Until I needed to leave him for 4 days but have somebody to take care of him while am away. Unluckily his situation got worse. I returned home seeing him so weak (he was bathed in his situation), my heart was crushed. I felt so angry why he needed to be in that situation. He was so cold and can't stand anymore. He was just there lying as if he was just waiting for me before he will totally leave.

I saw his eyes so deep already but he still responded when I called him name by moving his tail. I carried him and he was so light already. I heard him cried for a while, then I came back to him and touched. I whispered Sheb Mamu is ok, you can leave now and I love you so much.

I decided to ask someone to bury him in my absence because I can't make it seeing him totally leaving me.

I have my fault not completing his vaccines, but I never thought he will leave me this way, this easily, this time that I want him to be in my wedding, 8 months from now.

Shebsheb taught me a lot of things. My maturity in life mostly came from him. He taught me to make friends. He taught me to appreciate many things. He taught me how to become strong. In what way, I do not know. I learned these things during the times he was with me. The 3 years was not enough, but very painful.