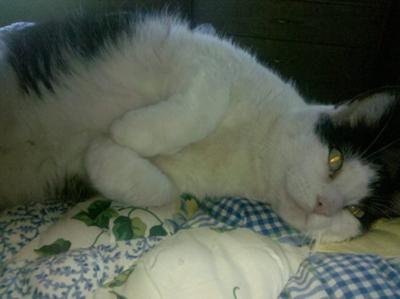 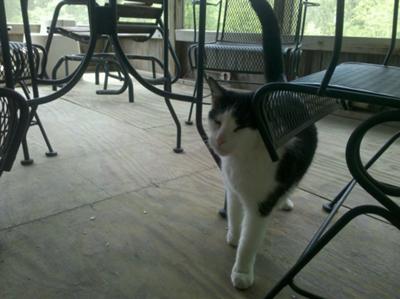 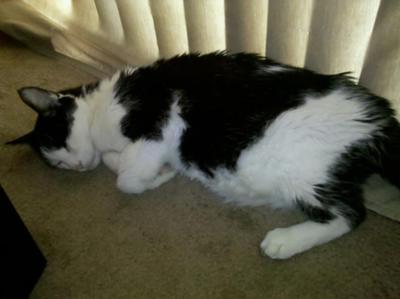 This is when he started to get sick from his cancer

Hi my names Aurora and I'm 21 yrs old never been to one of these websites til today. Yesterday was a very sad day for me, November 10th 2011, I grew up in Missouri and I moved to MN around when I was 9 or so. When I was 6 yrs old me and my brother both went to pick out some cats from the same litter.

They were so cute and little I picked mine and named mine Socks and my brother picked his and named his Oreo. Over the years they were like both my cats they were my babies I did everything with them. In the recent last couple years we had to move from house to house and also staying somewhere that didn't allow animals so they stayed with my uncle for about a year.

At this time they were getting old and I always thought to myself.. they were going to die sooner or later because they were some old cats but I couldn't let them die with my uncle an hour away from my house, they had to be with me and my family.

About a week ago my brother had called me saying Oreo was very sick. He took him to see the doctor and he had cancer. Yesterday around 12pm I got a text saying he was crying and screaming in pain so he rushed him to the hospital and he died in the parking lot in my brothers arms right when we got there. I found myself crying because I didn't get to see him or say goodbye, and I thought to myself this is silly of me crying so much for a cat. But I had these cats since I was very young and it breaks my heart that my cat Socks doesn't even know that he won't ever see his brother again, they havent been seperated since they were born.

He died in my brothers arms in the car and I never wanted him to die at all but if he had to go I'm glad my brother got to be there with him. My brother is a tough guy and I never see him cry, I dont remember the last time I did see him cry. But when Oreo died, he was sad enough to shed some tears for our beloved Oreo.

I am a single mother now and I never thought that the cats I had as a child would live to see my daughter and honestly my brothers have girls friends and wives to talk to. I don't really have anyone there to talk to about this situation so I started reading stuff up online. Even when I talk to my friends and such about this situation they don't understand because it wasn't their cat and he was a great cat. He will truly be missed and I won't ever forget him.

We buried him at my uncle's farm in W.I. I just wish I could touch his soft paws one more time and feel his fuzzy soft tail. I told him I'd look after his brother Socks. I just hope one say I'm able to see him again.. I do miss him a lot and for some reason this has taken a toll on me. I will never forget Oreo and I promised he would always live on through my stories and my memories. Thanks for reading if you did.