'RIP Rosebud You Were Part Of Our Family' 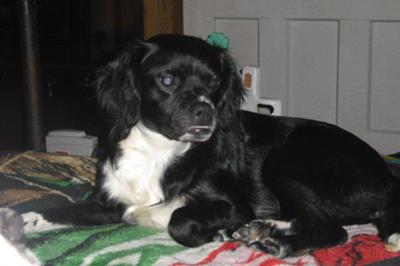 April 19th is a day I will never forget. I lost my best friend her name was Rosebud. We had her since she was a puppy, she was 3 years old when she died it seems like we had her way longer than that though. She loved my kids, she slept between me and my daughter every night. She played non stop with my other dog Shadow, she would lick and clean her eyes and ears. My Shadow is lost without her as well. She's been looking out the window for Rosebud, she's been sniffing all around the yard for her wondering where she is.

My house used to be so loud when Shadow and Rosebud would run around playing and barking at each other, now Shadow lays around lonely the house is quiet, it's not the same without her. I'd do anything to have her back!!

Some idiot hit Rosebud, he didn't even apologize he told us our dog was gonna die anyhow and he said we owed him 500 bucks for damages to his car. Rosebud was still breathing after she got hit so we rushed her to the vets. They hooked her up to iv's and gave her pain meds. We had to go home to get money because the vet wanted money upfront. When we returned with the money they told us Rosebud died from internal bleeding. I thought her legs were broken and she would get fixed and be coming home but I was wrong.

We got her cremated so no matter where we go she will be with us. I've been crying since this happened, I keep blaming myself and if I would of done this or that she would still be here.