Here are more pet quotations and quotes about grief for you to enjoy and reflect upon.

It can be so difficult when suffering the loss of a pet to see the light at the end of the tunnel. You often feel as though you will never be able to remember your pet with a smile again.

But these pet quotes prove you will see that light and you will smile when remembering your pet once again.

I particularly love the pet quotations by Mary Carolyn Davies, 'A good dog never dies' as this pet quotation reminds me of my own dog Henry. Henry often walks behind me on our walks and sometimes I imagine what it will be like when he is gone.

I know already it will be very difficult because as he always walks behind me, I'll always feel like he is still there, walking just out of sight. So I've told him that when he leaves for Rainbow Bridge I want him to walk behind me still in spirit and I will imagine that he is still there, just as he always has been, and reading pet quotations like these just gives me hope that he will be. Tarka (at Rainbow Bridge) and Moses

"The smallest feline is a masterpiece."

(Leonardo Da Vinci) "If you have a dog, you will most likely outlive it; to get a dog is to open yourself to profound joy and, prospectively, to equally profound sadness."

(Marjorie Garber) “I do not mind having imaginary conversations with animals who are part of my life. The comfort of talking to one at a time of personal distress is so soothing because one has the ease of knowing that one’s secrets will not be repeated to anyone. Yet there are those who are horrified that an animal can be a more reliable part of one’s world than that of the human world.”

(Derek Tangye -'The Evening Gull') "There is no cure for birth and death save to enjoy the interval."

(George Santayana) "A good dog never dies. He always stays. He walks besides you on crisp autumn days when frost is on the fields and winter's drawing near. His head is within our hand in his old way."

(Mary Carolyn Davies) "To spare oneself from grief at all cost can be achieved only at the price of total detachment, which excludes the ability to experience happiness.”

"I have sometimes thought of the final cause of dogs having such short lives and I am quite satisfied it is in compassion to the human race; for if we suffer so much in losing a dog after an acquaintance of ten or twelve years, what would it be if they were to live double that time?"

(Sir Walter Scott) "Dogs have a way of finding the people who need them, Filling an emptiness we don't even know we have."

"I came across a photograph of him not long ago... his black face, the long snout sniffing at something in the air, his tail straight and pointing, his eyes flashing in some momentary excitement. Looking at a faded photograph taken more than forty years before, even as a grown man, I would admit I still missed him."

(Willie Morris) "Lord, No one but you and I understands what faithfulness is. Do not let me die until, for them, all danger is driven away."

(Carmon Bernos de Gaesztold - 'The Prayer for the Dog') "... what we have enjoyed, we can never lose ... all that we love deeply becomes a part of us."

(Helen Keller) "The problem with loving is that pets don't last long enough and people last too long.”

(Anonymous) "My friendship with Mitzi was like the friendship that many children have with their pets. My mother and father thought it was "good for me" to have a dog for a companion. Well it was good for me, but it was only many years after she died that I began to understand how good it was, and why."

(Fred Rogers) "Here lies DASH, the Favourite Spaniel of Queen Victoria By whose command this Memorial was erected. He died on the 20 December, 1840 in his 9th year. His attachment was without selfishness, His playfulness without malice, His fidelity without deceit. READER, if you would live beloved and die regretted, profit by the example of DASH."

(Queen Victoria, epitaph on the gravestone of her King Charles cavalier spaniel, Dash, who was buried in the castle's garden.) "I know God would never give me something that I could not handle. I just wish he didn't trust me so much."

(Mother Theresa) "No louder shrieks to pitying heaven are cast, When husbands or lap-dogs breathe their last."

(Alexander Pope) "Death is no more than passing from one room into another. But there's a difference for me, you know. Because in that other room I shall be able to see."

(Helen Keller) “We were impelled to remain loyal for a while to the memory of Penny. It was a form of the old fashioned custom of going into mourning. It is not a question of going around with a long face. It is just a question of having a pause between the old and the new. No haste to find a substitute for the one who has given you love for years. Wait, and let fate provide the answer.” 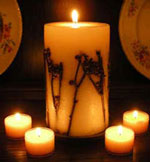