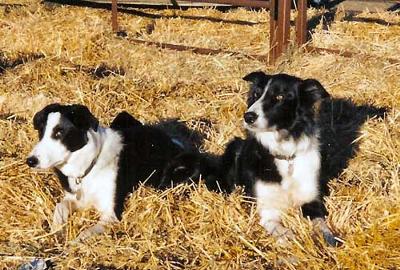 Jack was only 7 months when we got him, he was a purebred border collie. We trained him up as a farm dog but failed on that so we tried him as a hunting dog. He was good at it but most of the other dogs that were in his pack didn't like him.

As time went by he meet a beautiful female border collie named "Meg". They ran in the fields together every day, they became best buddys. 4 years later Meg had a litter of 5 black amd white pups, Jack was a father, but sadly 2 days after he was attacked by a pig.

Jack was in a bad state, he was lying on the kitchen floor, he had his back and left side fur torn off, a bleeding ear, missing toe, blood,
he was shaking. I looked in to his eyes, he was crying I couldn't see him suffer no more, it was time, I put him to sleep.

I will always miss you my wee "Jack" you'll always be in my heart.