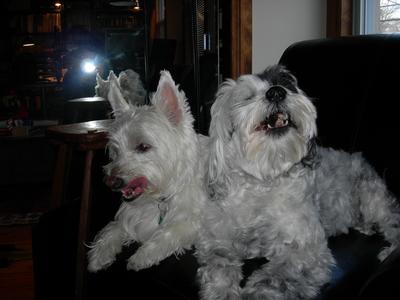 Rocky had been sickly for some time. A series of illnesses and accidents had left him in a seriously weakened condition. Most days he was bedridden, in my arms or laying beside my husband on the couch.

Rocky suffered from kidney disease, eye disease and he had a toe that was amputated. He was going blind, deaf and had problems smelling. He had trouble standing and walking. He had his good days and bad days but I felt so connected to his soul it was hard to comprehend his tremendous physical decline.

I anguished over the decision to end his obvious yet incomprehensible suffering. Every day became a torment between the decision to end his life or the horrid process of trying to gauge his pain level, experience of life and needs. Since his appetite was still hardy and he could let us know his needs we could not entertain the idea that his pain was too great for him to bear. He refused pain medication and trying to force it down him became such a horrible struggle we left him in peace rather than making him take it. I held him for hours every day and rarely slept at night in order to change his bedding or help him get water or just to give him the support of my presence. He had always slept by me in bed and I missed him horribly. He was not cage trained so instead we had made a comfortable place for him in a baby playpen.

We fitted the playpen with an orthopetic dog bed topped with down and and a custom made waterproof pad that fitted on top of the dog bed. I routinely did 4 to 6 loads of towels and blankets a day since he would need many bedding changes a day. I also had my good days and bad days sometimes feeling hopeful when a period of stability had been accomplished, sometimes angry
when money constraints and fatigue made it hard to give my best and sometimes just happy to share another moment of love with my dog.

I will always be grateful for those terrible but beautiful last nine months of Rocky's 14 year life. It taught me so much about valor, fragility and the strength and failings of human beings. But mostly it taught me about the depth of unconditional love that an animal is capable of and the beauty of an unbreakable bond that I will always treasure.

My husband and I made the decision to help Rocky pass into the next world after he broke another toe. The doctor did not feel he would survive the surgery's needed to reconstruct his foot.
We were fortunate to have discovered an amazing vet who assists animals in the dying process. She was very spiritual and we felt comfortable with her presence. She made a long drive to our home on very short notice so Rocky could die at home.

We brought him home from the emergency room and he was pain free due to the blessed morphine he had been given. He slept for two amazing hours in my arms obviously dreaming of running and barking again.

We will never forget Rocky's courage, love and loyalty. Rocky, you were truly a light in our lives and we will miss your sturdy and constant presence.